Nature’s harvest: The easy guide to foraging in Ireland

Nature’s harvest: The easy guide to foraging in Ireland

Collecting wild foods is a great opportunity to get out in the countryside and appreciate the seasonal changes in the world around us. Learning about where our food comes from gives us far greater appreciation of it. This, in turn, helps to reduce food waste because the more value we give something, the less likely we are to waste it. Once you start looking for wild foods, you are sure to be surprised at how quickly you will come to recognise what is edible in the wild. Plus, it is free!

Wild foods regenerate themselves naturally and thus, they are a sustainable food source. Always harvest wild foods sustainably, giving consideration to the plants, landowners and other wild food foragers. It goes without saying that if in any doubt DO NOT EAT! Nature is amazing but also deadly. Take care and forage safely <3 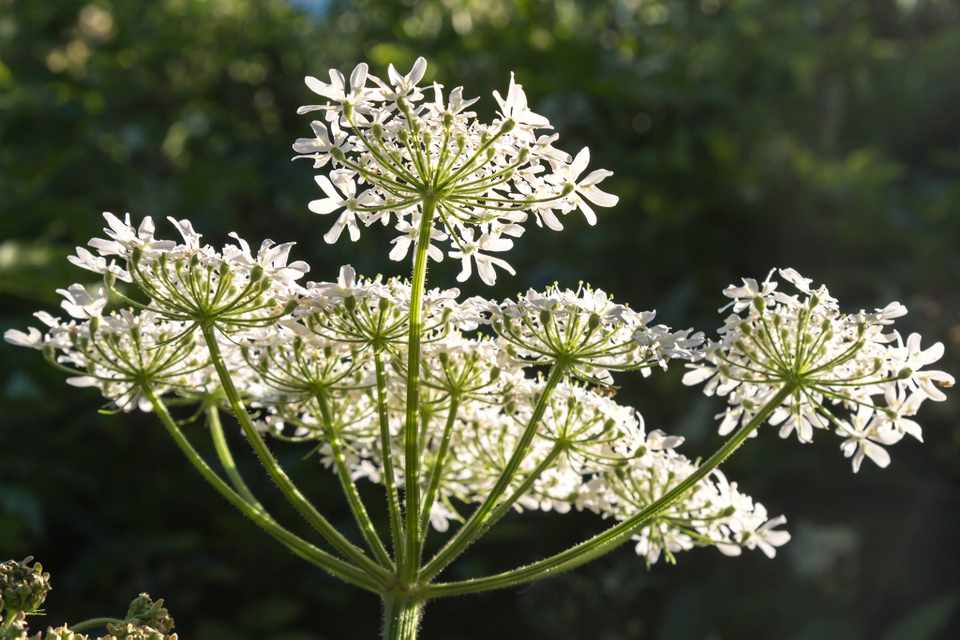 Cow Parsley and Alexanders are prolific. Alexanders grows a bit like celery, you can often see it in the hedgerows of country lanes. It has a stronger taste than celery, but you just use it as a herb for a raw leaf salad. The stems are beautiful cooked and eaten just like asparagus. They taste really delicate and aromatic. Found in coastal areas and sea cliffs, roadsides and wastelands, ancient ruins, hedgerows, banks and quarries.

Alexanders was a traditional plant for cleansing the blood and a digestive herb for strengthening the stomach. Seafarers used it to treat scurvy and herbalists used it to relieve stomach and urinary problems. It was also a remedy for headaches, toothaches, swellings of the body, cuts and bruises, asthma and consumption, or tuberculosis.

These mushrooms are found growing on fallen logs, dying hard wood trees & tree stumps. They typically appear during April & May but can still be found throughout the Summer months.

This amazing fungus tends to grow in the same spot every year until it has consumed all of the dead wood it is growing on. Always wash Dryads saddle & clean before cooking.

Dryads saddle tastes best when young & tender.They taste like a mild mushroom flavour, subtle but beautifully delicious. The flesh becomes tough and leathery with age.  They are a great source of protein & contain B complex, vitamins C & D as well as essential minerals- phosphorus, potassium, copper, selenium & more. They are low in fat, sodium & cholesterol.

Lilacs, found in moderate climates around the world, are known for their heady fragrance and variety of colors from deepest purple to palest pink, yellow, and white. But lilac blooms are not just ornamental, they are flavourful, too, and may be used to make a delicious and unusual extract for flavouring foods. They are so beautiful that they can be used to decorate cakes or bakes. There are also tons of recipes online for lilac cordial and syrup.

Wood sorrel looks similar to clover and tends to get misidentified as clover. It has a superb crab apple/rhubarb flavour. Wood sorrel is also rich in Vitamin C. Historically, it was used to treat scurvy, fevers, urinary infections, mouth sores, nausea and sore throats. It’s qualities and flavour are similar to sheep sorrel.  It works brilliantly with strawberries!

Coming into summer is when the elder tree does its thing. The elder tree is a pretty insignificant tree for most of the year, but when June arrives, it bursts into amazing blossom that has a peculiarly wonderful scent.

Pick the flower-heads on a bright sunny day, and you have the makings of wonderful elderflower cordial, elderflower fritters, elderflower wine and even elderflower champagne. Leave the flowers to mature, come back in September/October, and there will be a profusion of elderberries waiting for you (and the birds). These can be made into jam, wine or simply scoffed raw.

Nettles can provide a host of tasty treats. The leaves can be treated like spinach, especially with regards to making sautéed greens as a side dish or topping for pasta. They can be steamed for the same purposes. They can also add a green vegetable element to soups and stews. The water used to boil the sting out of nettles can be used for soup stock or as a medicinal tea.

Nettles are best harvested from spring, a few weeks after they sprout, into early summer. The young leaves are what we are after, so young plants — under a foot tall — are ideal. Larger plants can be harvested from, but in this case, foragers should stick to the new leaves at the top of the plant.

They are high in Vitamin C, Vitamin A, and full of calcium, magnesium, iron, and potassium. Nettles are also a wonderful source of protein.

Sea beet is a plump and delicious leaf with a mild flavour of the sea and is easy to walk past on a stoney beach. Also known as sea spinach, it is the genetic ancestor of beetroot or chard and regular spinach, and it shares similar thick, pointed leaves and firm stems.

Its glossy, fleshy leaves and waving flower-spikes will probably be a familiar sight if you’ve ever spent any time walking near the sea.

The leaves are an excellent vegetable and can be served in just about any recipe that calls for cooked spinach. Picked young and juicy and glossy, it may be the best spinach you’ve ever tasted. Sea beet can be picked from May to December and used in lots of dishes from quiches to soups.

The wild raspberry isn’t as easy to find in Ireland, but if you’re lucky you might find a few locations where they grow in your area. Raspberries are native to Ireland, but also naturalised from cultivated garden strains.  Most people pass them by as brambles, and the plant is very similar although it can be distinguished by its soft thorns and paler leaves. The fruit appears from Summer to Autumn and is ripe when it easily pulls away from the core.

The leaves can be dried and used into tea, it has been used as a folk medicine for centuries. It’s a great herb for women, for painful or heavy periods, and for easing labour and delivery; but it’s also used for gastrointestinal disorders, respiratory system disorders and for heart problems.

In my (Taz) humble opinion raspberry is the king of of the berries with 101 uses. Eat as is and make jam you can enjoy all year round.

This tasty nut bearing tree is a common site around Ireland with a few different varieties growing in our climate. The leaves are round to oval with a double toothed serrated edge and ending in a point. The leaves are hairy when young particularly on the underside and look ‘pleated’ along the veins.

The nuts are green and have a papery sheath which can cover the entire nut or be shorter, revealing the nut case depending on conditions and species. The nuts can be eaten as early as August, they are small and immature but very tasty then.

Meadowsweet is fairly common and usually found growing in clumps, it can often be smelled before being seen. Small creamy white flowers in ‘frothy’ looking clusters from early Summer to early Autumn. The flowers can be collected and used to make fritters or even an elderflower champagne like drink. Meadowsweet and strawberries are a match made in heaven.

Thorny as hell and a pain almost all year except when the blackberry fruits and they become a must have Autumn delight. I flavoured my first ever batch of kombucha with blackberry and I don’t think I’ve made a batch as good since! Brambles grow EVERYWHERE in Ireland – mixed woodland, hedgerows, railway embankments, waste ground and gardens, it tolerates very poor soil.

Blackberries can we collected from September onwards and eaten as is or made into a jam to enjoy all year round. The hardy blackberry is a fruit plant we should love and look after, it is very important for much of our wildlife, providing cover and food for many different species of insect, bird and mammal.

Keep up to date

Any cookies that may not be particularly necessary for the website to function and is used specifically to collect user personal data via analytics, ads, other embedded contents are termed as non-necessary cookies. It is mandatory to procure user consent prior to running these cookies on your website.